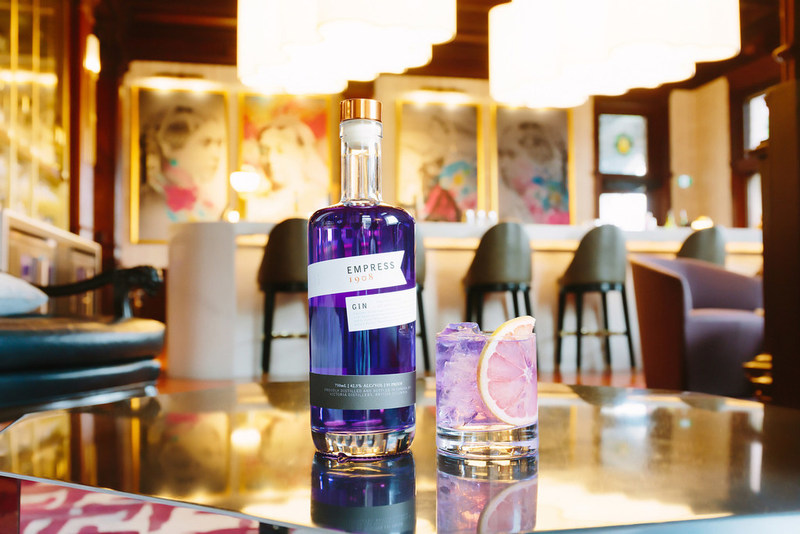 British Columbia-based Victoria Distillers has expanded its craft portfolio with the addition of Empress 1908 Gin, which is claimed to be an all-natural and colour changing product.

The new gin is expected to be released in the US market on 1 July. It is a hand-crafted, all-natural, indigo blue spirit, which has been infused with tinted butterfly pea blossom during the distillation process to give a distinctive, indigo blue hue.

Empress 1908 Gin changes its colour from an indigo blue hue to monarch purple, then to a rose petal pink with the addition of citrus or tonic.

"Empress will launch this summer in New Jersey, New York, Connecticut, Florida, and California, with other states to follow."

Empress 1908 Gin is believed to have drawn its inspiration from the tea and cocktail programmes of the Fairmont Empress Hotel of Victoria.

Victoria Distillers' president Peter Hunt said: "We are thrilled to be launching Empress 1908 Gin in the US and will be announcing our distribution partnership details shortly. Empress will launch this summer in New Jersey, New York, Connecticut, Florida, and California, with other states to follow."

Hand crafted in small batch copper-pot stills, this gin is claimed to offer depth and boldness of spirit.

Established in 2008 in British Columbia, Canada, Victoria Distillers is a small-batch spirits company.