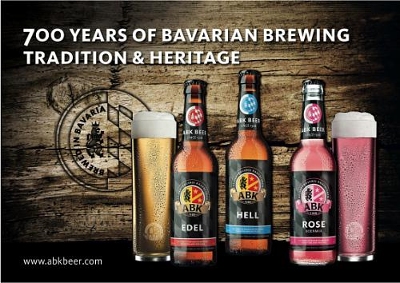 UK-based ROK Stars’ unit ROK Drinks has expanded its distribution network with the addition of Singapore-based Wunderbar as its new distributor.

The companies have signed an exclusive distribution agreement in this regard.

Wunderbar will immediately begin the distribution of ABK Beer across Singapore and Malaysia, as per the agreed terms.

Wunderbar director Emily Yeo said: "We at Wunderbar are very excited to have secured the exclusive rights to the historic ABK Bavarian Beers and we look forward very much to a long and successful deployment programme which will see both the bottled beers and our new ‘Wunderbar Mobile Beer Station’ develop a large and enthusiastic following amongst beer fans across the region.

"We chose ABK Beers because they are truly superb beers and they have an astonishing 700 year old history."

Earlier in June this year, the company has inked a multi-year exclusive agreement C2 Imports to distribute ABK Beer from Aktien Brauerei across the US.

ROK Stars had acquired majority stake in German firm Aktien Brauerei in May 2013, and has re-designed and re-packaged a range of its beers for international export since then.