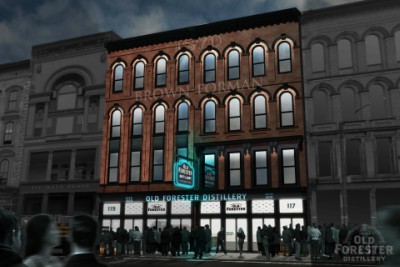 The brand has unveiled designs of its new distillery, which will be constructed at 117 and 119 Main Street, along historic ‘Whiskey Row’ in Louisville.

“The brand’s new distillery will be constructed at 117 and 119 Main Street, along historic ‘Whiskey Row’ in Louisville.”

Old Forester president Campbell Brown said: "Upon Completion, the Old Forester Distillery will provide tourists and bourbon enthusiasts with an up close look at our bourbon making process and share with them a captivating story of entrepreneurship and achievement that characterises Old Forester’s 146 year history."

The distillery is expected to produce 100,000 cases of Old Forester annually.

Old Forester project manager Mike Beach said: "The Old Forester Distillery is a state-of-the-art project that will add an additional layer of history and authenticity to Louisville’s Whiskey Row."

Old Forester was established in 1870. Other brands include Jack Daniel’s Tennessee Whiskey and Woodford Reserve bourbon.

Old Forester is produced at the Brown-Forman distillery and will continue to be distilled during the project construction phase.