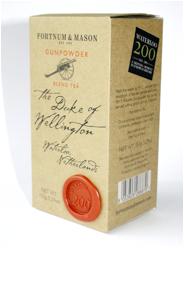 UK-based departmental store Fortnum & Mason has launched a limited edition Gunpowder Blend tea to celebrate the 200th year of the Battle of Waterloo.

The company will sell only 5,000 boxes of the tea that will be available in the store as well as online.

The gunpowder tea that was popular in Georgian and Regency Britain will be available in a reimagined version of the original packaging.

It features distinct smoky and grassy tones delivered through the characteristics of gunpowder green tea.

The tea that can be consumed either on its own or with milk also contains golden-leaf Yunnan and caramel-sweet Keemun.

Fortnum & Mason used to supply the tea to Wellington’s army through the Napoleonic wars, along with spirits and spices.

The company said in a statement: "Fortnum’s tea was a familiar sight on the battlefields; easy to carry in a knapsack and a source of companionship, nourishment and warmth during long marches and the interminable wait for dawn’s light and the commencement of firing.

"At battle’s end, it provided cheer for the victorious survivors of what Wellington himself described as ‘a damn’d close thing."

The tea boxed will be priced at £9.95 and the proceeds from the sale of the special edition tea will be donated to the Waterloo 200 charity that had been established to create awareness about the event’s bicentenary across Europe and to preserve the legacies of those who lost their lives in the battle.

Image: Only 5000 boxes of the limited edition Gunpowder Blend will be sold. Photo: courtesy of Fortnum & Mason.