ContinueLearn More X
X
Advertise with us
Srivari 11 May 2014 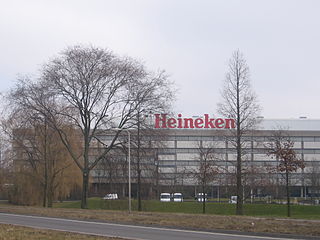 Heineken, the Netherlands-based firm engaged in brewing and selling beer, is set to merge its majority owned subsidiaries Nigerian Breweries and Consolidated Breweries.

The move is said to form a part of the company’s strategy to capitalise on the growth potential of the Nigerian beer and malt drinks market over the future, and is set to create value for all key stakeholders, particularly shareholders.

Said to improve operating and administrative efficiencies, the proposed merger upon completion, will also maximize the new company’s speed and agility in response to market developments, while driving benefits from increased economies of scale.

Nigerian Breweries and Consolidated Breweries will continue to operate as usual until the regulatory and other approvals are obtained.

Heineken noted that it holds 54.1% stake in Nigerian Breweries and 53.8% in Consolidated Breweries.

Heineken has operations across 70 countries, with over 165 breweries. It markets around 250 international premium, regional, local and specialty beers and ciders.