ContinueLearn More X
X
Advertise with us
admin 3 May 2015 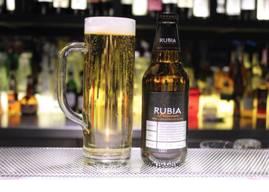 UK-based Gaucho Restaurant group that specializes in Argentinian food and drinks has added its own beer to its bar and restaurant drinks lists.

Gaucho Group Bar Manager Ian O’Reilly has developed the Rubia Pilsener in a joint venture with the 300-years-old Eichbaum Brewery.

Prime German ingredients including hops from Alsace and malt from Bavaria have been used to develop the Rubia Pilsener.

Even the water used for brewing has been from local springs.

Speaking about the beer, O’Reilly said: "We wanted a beer that is easy to drink and enjoy during those sunnier afternoons and evenings. The food we serve at Gaucho is of the highest quality and our aim was to create a beer of equal quality that would really compliment our menu as well as being perfect for our guests to enjoy on its own."

As this is Gaucho’s first own label beer, the group paid special attention to the name of the product.

By using the term Rubia which in Spanish is a term used for a beautiful blond woman, the company tried to lend an Argentinian touch to the German beer.

Speaking about the beer’s name, O’Reilly said: "It had to be something that looked smart and elegant, representing the elegance and glamour of Gaucho. The label is simple black, silver and gold."

The beer will be made available in all of Gaucho’s restaurants across the UK.