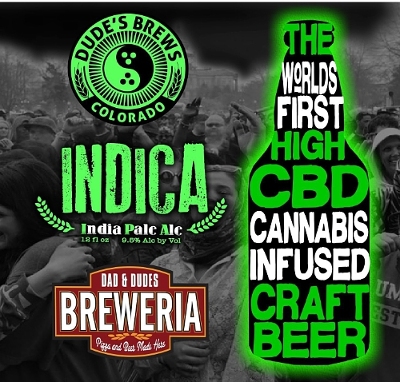 US-based Dude’s Brews is working on a campaign to launch a cannabidoil (CBD) rich, cannabis-infused beer variety in the US market.

Expected to be launched in fall 2015, the Canna-Beer series will contain heavy dose of cannabidoil extracted from the cannabis plant.

The company will be launching two beer varieties initially – Sativa IPA and Indica Double IPA – with plans to offer a sneak-peek into the products at the 2015 Great American Beer Festival.

The brewery was able to find a water-soluble and 420% legal product to pump CBDs into the beer after facing negotiations and government obstacles for a year.

Sativa will contain pounds of the hops that had been used in Dank IPA, also produced by the Dude Brewery; however the quantity of the product will be a little lower than the previous product.

Indica will contain 10% ABV and will cater to more professional of hop heads.

Dude Brews head brewer Brian Connery said: "It’s the final word in Colorado-style session IPAs. It not only smells like the good stuff, but it has it in there, too."

Dude’s Brews that was launched in 2010 used to offer pot-themed pizzas and brews including the 420 Pizza, Munchies Pizza, Pineapple Express Blonde and Wong Bater Black IPA at the brewpub.

"We had to make beers that fit our pot-inspired subliminal branding. Dank was the original, and with new legislation we’d like to up the ante in the industry. It’s time Colorado’s two vice industries quit competing and understand that we, too, believe cannabis should be considered normal, " added Hembree.

Image: Dude’s Brews is planning to provide a sneak-peek into the products at the 2015 Great American Beer Festival. Photo: courtesy of Dad & Dude’s Breweria.