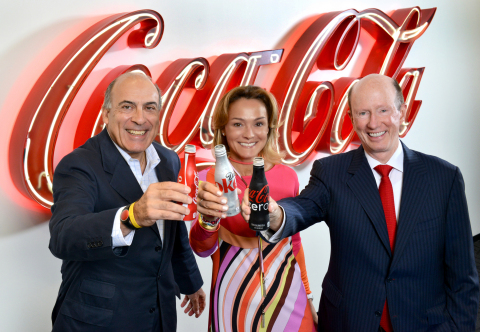 Coca-Cola Enterprises (CCE), Coca-Cola Iberian Partners and Coca-Cola Erfrischungsgetränke have announced that they will combine their businesses to form the Coca-Cola European Partners which is likely to be the world’s largest independent Coca-Cola bottler based on net revenues.

The new entity that will comprise around 50 bottling plants and roughly 27,000 associates will operate in Germany, Spain, Great Britain and France.

Coca-Cola European Partners will work on improving the service to customers and consumers by employing the best practices from each respective market and bottler.

It is slated to use a more consistent strategy for product development and market execution across Western Europe.

"With the strong leadership that will be assembled from across the three organizations, Coca-Cola European Partners will be well-positioned to deliver better and more effective service to customers throughout Western Europe and drive profitable growth across multiple beverage categories."

The new company aims to generate substantial synergies to garner annual run-rate pre-tax savings of around $350-375m within three years of closing.

Coca-Cola Enterprises chairman and CEO John Brock said: "The creation of Coca-Cola European Partners will build on each bottler’s capabilities to create more efficient operations in their respective markets across Western Europe.

"This transaction offers clear synergies, along with the scale to better serve the needs of our customers and consumers in Western Europe, to become an even stronger partner to The Coca-Cola Company and create increased value for CCE’s shareowners."