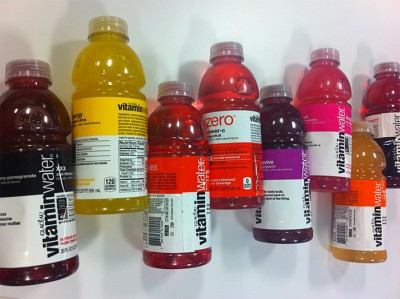 The New York court has given approval to a settlement agreement in a multi-year lawsuit filed against Coca-Cola over a health benefits label on its Vitaminwater line of drinks.

The Center for Science in the Public Interest and two law firms filed a lawsuit against the beverage firm in 2009 to stop it from making claims on labels that its drinks, which includes 32g of sugar, minimises the risk of eye disease and promotes healthy joints.

This agreement was given approval from Robert M Levy, judge of the United States District Court for the Eastern District of New York.

“The company has been required to add the words ‘with sweeteners’ on two places on the label where the brand’s name appears.”

Coca-Cola has been barred from making such health claims as well as statements such as as "vitamins + water = what’s in your hand," "vitamins + water = all you need," and "this combination of zinc and fortifying vitamins can … keep you healthy as a horse."

The company has also been required to add the words ‘with sweeteners’ on two places on the label where the brand’s name appears.

CSPI litigation director Maia Kats said: "We’re pleased to have a resolution that improves the labelling and marketing of Vitaminwater and will help consumers recognise that the drink contains eight teaspoons of sugar."

Image: The company has also been required to add the words ‘with sweeteners’ on two places on the label. Photo: courtesy Center for Science in the Public Interest.