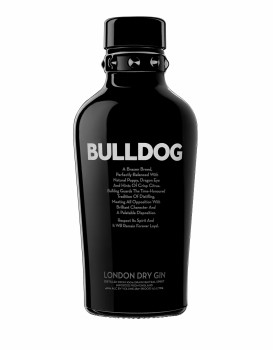 BULLDOG Gin has formed a new business unit, which will be responsible for development and execution of the brand’s commercial strategy in the US, Canada, Mexico, Latin America, and the Caribbean.

Chester Brandes will serve as managing director of the new business unit. Prior to this appointment, Brandes served as CEO for Imperial Brands, where he led the launch of Sobieski Vodka in US as well as in Canada.

"BULLDOG is on the precipice of really exploding in the North American market."

BULLDOG founder and CEO Anshuman Vohra said: "With BULLDOG growing at an impressive rate in North America, it’s a game-changing time to bring on a seasoned veteran like Chester, who truly embodies the ‘Bulldog spirit’ of relentlessness, confidence, and passion.

"I am quite confident that he and our team will elevate and further amplify the brand in concert with our valued partners at Gruppo Campari, and I look forward to working closely with him in this endeavour."

Brandes added: "BULLDOG is on the precipice of really exploding in the North American market, following in the footsteps of its category-leading position in Spain.

"I am extremely excited about the opportunity to help develop this great brand in the region. Together with Gruppo Campari and our other distribution partners, I have no doubt that BULLDOG’s growth will be greatly accelerated as a result of this initiative."