As concerns over the environmental impact of waste packaging continue to influence consumer purchasing decisions, the biggest challenge for beverage companies in 2018 will be finding a way to avoid collateral damage from a war on plastic that may be just a Blackfish moment away.

The power of images and stories can change lives and alter the course of business. The 2013 documentary Blackfish about a trainer’s death caused by a captive killer whale at a Sea World facility in Florida soured the world on keeping killer whales in captivity.

Could a similar story on the death of marine life due to the ingestion of plastic (like drink bottles) have an equally chilling effect on plastic beverage packaging? This is a question that looms large given the increasing volume of photos and videos on social media documenting plastic pollution, its effect on wildlife, and the soiling of formerly pristine ocean environments.

The war on plastic is already underway in Europe. In January, the EU announced a multipronged plan to clamp down on plastic pollution. The initiative calls for making all plastic sold in Europe either reusable or recyclable by 2030. According to Frans Timmermans, vice-president of the European Commission, the goal is to crack down on “single-use plastics that take five seconds to produce,” are used for just a few minutes, and take “500 years to break down again.”

Drinks-makers may beat Timmermans and the rest of the EU to the punch. In late January, Coca-Cola announced that it plans to help collect and recycle 100% of its bottles and cans by 2030. By then, it hopes that its bottles will use 50% recycled content. PepsiCo is moving in a similar direction, announcing plans in 2017 to make 100% of its packaging recyclable or recoverable by 2025.

Danone may have both of the carbonated soft drink giants beat, promising that its Evian brand will use 100% recycled plastic in its bottles by 2025. At present, about 25% of the plastic in Evian bottles comes from recycled plastic. By teaming up with Loop Industries and using a new manufacturing process, Danone believes it can create a nearly infinite loop of recyclability where 100% of its plastic bottles can become bottles again. Under the current manufacturing process used for Evian bottles, PET plastic cannot be recycled more than three times because of quality degradation. Loop’s new technology avoids this problem.

As great as this all sounds, initiatives aimed at using more recycled plastic really do not change human nature. Recycling logos have been on drinks packages for decades, but global recycling rates are abysmal. According to a recent report in the Financial Times, only about 14% of recycled packaging is actually collected and only about 2% is actually recycled. The reality of the situation is that the packaged drinks industry may not be able to recycle its way out of the war on plastic.

The holy grail of recycling is deposit schemes that force consumers to pay a small amount, which is returned when the packaging is returned. This is how it works in countries like France and Germany, as well as some states in the US like Michigan and New York. But many other places, like the UK, have no such scheme in place. The beverage industry, not surprisingly, is less than enthusiastic about broader adoption of the deposit and return concept.

Where this leaves the drinks industry is very much in doubt. Some niche brands like UK-based CanO Water profess that the answer is abandoning plastic packaging altogether for more recyclable alternatives, like aluminium. The company maintains that aluminium is “infinitely recyclable” and that “75% of all aluminium we use today was first mined back in the 1800s.” It is certainly possible that aluminium packaging is part of the solution, but less likely that this type of packaging is the entire solution.

Another option is packaging made from paper or paperboard, materials seen as less threatening to the environment than plastic. Carton packaging has emerged as a potential solution, especially for bottled water. Just Water 100% spring water was launched in late 2015 in the US in Tetra Top carton bottles comprising 82% of materials from renewable sources, including paperboard certified by the Forest Stewardship Council and a cap and top made of high-density polyethylene (HDPE) derived from sugarcane. Rethink Water and Flow Water are two other bottled water brands introduced more recently in the US in paperboard Tetra Pak containers claimed to be 100% recyclable. 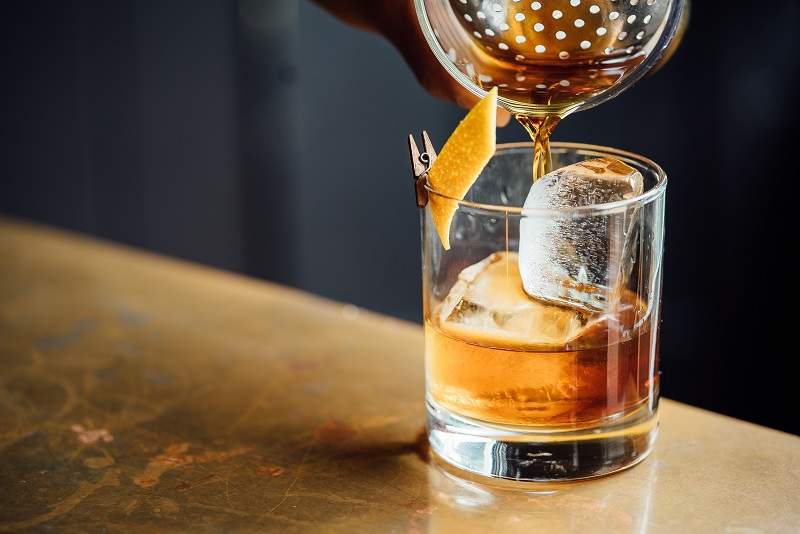 Refillable packaging is yet another option. Coca-Cola European Partners (CCEP) tested a refillable plastic bottle equipped with radio frequency identification (RFID) at the UK’s University of Reading in the fall of 2017. The RFID-equipped bottles track when and how many times the bottles are refilled at a Coca-Cola Freestyle machine. Consumers pre-pay for a set number of refills linked to their own bottle. The relatively small-scale test (CCEP provided 1,500 bottles to be used during the ten-week fall semester) should give Coca-Cola some insight as to whether refillable packaging will fly for carbonated soft drinks. If consumers bite, Coca-Cola’s investment in Freestyle vending machines will look prophetic.

More exotic “war on plastic” solutions include edible packaging like that used for Ooho. This edible water “bottle” (“water bubble” is probably a better description) was created by UK-based Skipping Rocks Lab in 2013 and continues to amaze in YouTube video demonstrations. The water bubble is made from brown seaweed, one of nature’s most prolific plants (it can grow up to three meters a day) and a staple of the Asian kelp industry. Cheap and easy to harvest, seaweed may be the magic bullet that the packaged drinks industry is praying for since it biodegrades in soil in six weeks or less.

Support is actually higher for packaging that is recyclable, with 74.7% saying that this is important for environmentally friendly packaging. This sentiment aside, recyclable packaging does not recycle itself and leaving it up to the consumer to “do the right thing” has had less than stellar results over time.