“The brewers promise the ‘full Becks taste with alcohol-free enjoyment’, and assure us it’s ‘not an either-or’ choice – presumably between strength and flavour. Unfortunately, we suspect it might be just that.” – Drink Wise Wales. Tasting notes: “Heineken 0.0 is brewed from scratch and has a perfectly-balanced taste with refreshing fruity notes and a soft malty body.” – Willem van Waesberghe, Global Craft and Brew Master. 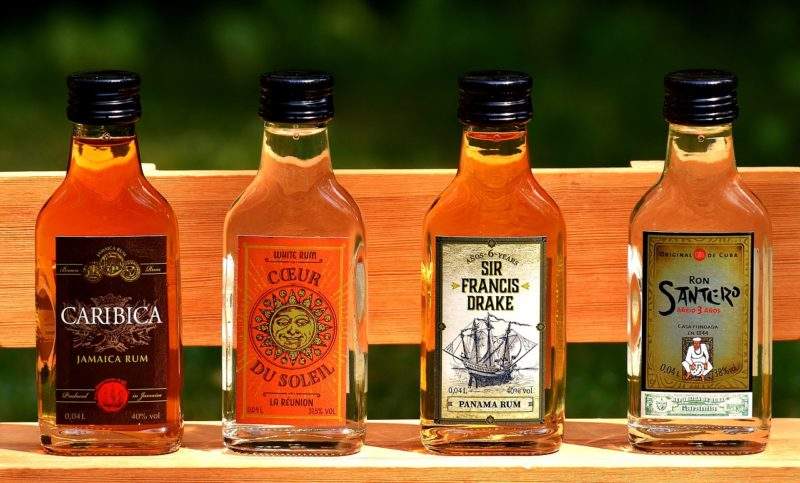 Sales by volume in Hectolitres: 21.84

“Initially, the flavour is quite sharp – almost lip-puckering. But it gets more balanced the more you sip, with a decent mix of fruit and malt vying for your taste buds’ attention only marred slightly but some cereal flavour and a bit of a cardboard aftertaste. The bitterness has the potential to overwhelm after a couple of slurps, but that too eases off balancing nicely with the fruit and malt.” – Tom Hallett, Steadydrinker.com. Tasting notes: Malty notes of barley and a subtle roasted flavour with a balance of bitterness.

Sales by volume in Hectolitres: 7.96

“The scent is lovely – hop influenced and reminds a lot of true pilsner. The taste is slightly malty with much fruit sweetness after some time. I can feel a slight taste of raspberries [and] a weak anonymous hoppy bitterness stands out.” – TorbenJensen, Rate Beer. Tasting notes: A range of products consisting of the Classic, which has a creamy golden taste and Unfiltered, which has crisp bitter notes and a touch of sweet malt. Lemon has a vibrant and zesty finish, while Dry Hopped has a distinctive malty character and dark golden colour.

Sales by volume in Hectolitres: 4.00

“You would think that a company specialising in German beers would make some of the best in that class. Clausthaler doesn’t – but it makes some reasonably good ones. What mars this beer for me is that I wait for a watery finish, prepared to take it in my stride as a weakness of so many (but by no means all!) brews. But instead, I get a strange aftertaste I find hard to describe and don’t relish very much. ‘Metallic’ is the only word I can think of. Not overly so, but enough to bother me.” – NeverBinge, Rate Beer. Sales by volume in Hectolitres: 3.00

“If your dad made homebrew in the 1980s, you will be familiar with Cobra Zero’s appalling smell: yeasty and malty, like sodden breakfast cereals and mouldy fruit bread. Little in drinking history, however, could prepare you for the taste. It is as if someone started to make beer, got bored and decided to bottle unfermented wort (the hot, sugary liquid that is the basis of beer) straight from the mash tun. It is all musty, malty sweetness and peculiar fruit flavours. Hops tinkle in the distance, as ineffectual as a wind chime. Awful.” – Tony Baylor, The Guardian. Sales by volume in Hectolitres: 2.10

“The mouthfeel is impressive but it left me with a syrupy coating on my tongue. It’s rather viscous, and more thick than you’d expect from a lager. Highly carbonated, there are tight bubbles that left me with a few burps post swig. There’s a savoury vibe to the taste too. [There are] bready and caramel notes – few of the characteristics of a typical lager. There’s a sweetness in the flavour too. This gets too sickly after a few sips, despite the efforts of a little bitterness to balance things out. I can see why Kaliber has a bad reputation. It has good body and mouthfeel. But the flavour and aroma – with that soapiness that overpowers everything else – letting it down.” – Tom Hallett, Steadydrinker.com. Tasting notes: A balance of bitterness and the sweetness of apples, according to Carlsberg Group.

Sales by volume in Hectolitres: 1.33

“If looks were everything, this would be a sure winner. It’s a genuinely stylish bottle and label. Sadly, we didn’t find that the taste matched the appearance. Some say that comparing alcohol-free beers to alcoholic ones is like comparing apples and oranges – they might both be nice but they’re not the same. Maybe. But the problem is that this doesn’t taste like any kind of beer. It’ll quench your thirst but only in the way any cold drink would – not in that ‘Ice Cold in Alex’ way Carlsberg is meant to. In short, it’s a bit watery.” – Drink Wise Wales.