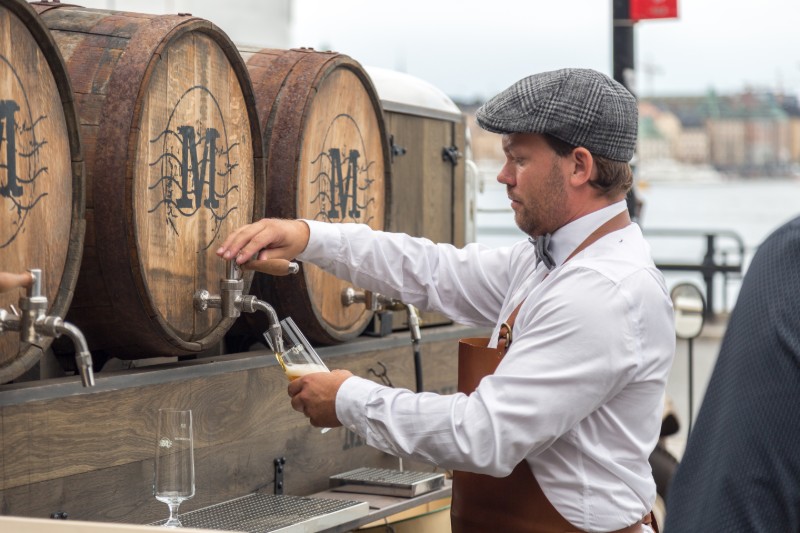 If the country goes into lockdown, the beer and cider industry could soon be faced with the same challenges seen in other countries. Credit: The Art of Pics / Shutterstock.

Sweden’s response to Covid-19 has made the country stand out by opting for a lighter touch. The country has not shut down its bars and restaurants, in fact, the only limit placed on them is that all customers must be served via table service. This has meant that the beer and cider industry in Sweden has yet to feel the impact of a lockdown like some European countries.

However, this could soon change. The Swedish Government’s approach is facing increasing backlash as the death rate in the country has climbed higher than its lockdown neighbours. As the calls for lockdown grow stronger, the beer and cider industry could soon be faced with the same challenges seen in other countries in lockdown.

Lockdown will create supply chain issues as production slows and distribution becomes increasingly challenging due to the impact Covid-19 has on the workforce. There are already signs of this as the state owned monopoly Systembolaget is operating on a reduced delivery capacity due to Covid-19 cases in warehouse staff. In addition, as seen across much of Western Europe consumer behaviour changes. Fewer shopping trips are made and consumers reprioritise their purchases, and often leave beer and cider at the store in exchange for staple household food. Further adding to this Systembolaget could be closed by the government if it is deemed non-essential. Even if Systembolaget was to remain open, consumers who did purchase beer and cider would be doing so for personal consumption, rather than for gatherings of friends or family.

However, a lockdown scenario could also present an opportunity for Sweden’s brewers. eCommerce could offer a lifeline to brewers during a lockdown scenario since it offers the opportunity to sell directly to customers at home. Currently eCommerce makes up a small percentage of sales in Sweden, however, similar approaches in the US and China have produced strong results.

The US delivery platform Drizly has seen purchases by new users balloon by 500% while sales amongst repeat customers are up 125%. Meanwhile in China, large brewers faced significant challenges as bars and clubs were shut, meaning they lost their contact with consumers. This forced them to innovate and move online in order to reach customers not only with marketing campaigns but also setting up eCommerce in order to allow consumers to keep ordering their products. Such initiatives may prove effective in Sweden, as according to GlobalData’s consumer survey, 79% of Swedes across all age ranges drink alcohol. In addition, Swedes are used to drinking at home as 76% of beer consumption in Sweden is off premise. This means that online events hosted by brewers such as happy hours or even live streamed music events, similar to those held by large brewers in China, could be an opportunity for brewers to allow their consumers to connect with their peers but also with their brands.

An e-commerce solution is not without its challenges. In Sweden, the strong legislature surrounding alcohol sales will prove a challenge. However close co-operation with both the government and Systembolaget (which conducts eCommerce) could offer viable solutions. Key co-operation with Systembolaget should also include maintaining adequate stock levels of key brands as there is already evidence product ranges will be reduced in order to ensure retailers and producers can keep up with demand.