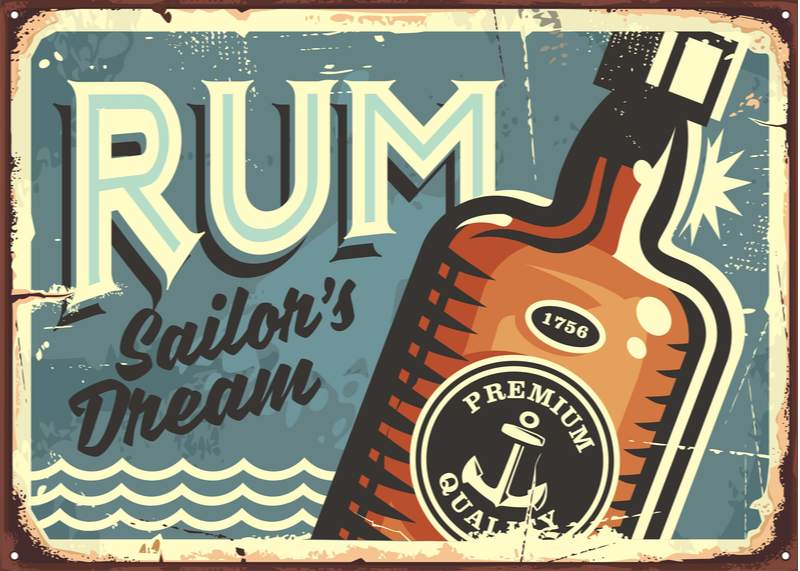 Current shifts underway in taste and distillation are helping to reposition rum from a cheap party drink or sailor’s favourite to a premium luxury spirit.

As is the way with trends, they do not last forever. Gin has been the on-trend spirit, particularly in the UK, since 2009 when the “gin boom” began. But rum is set to dominate going forward, with impressive sales growth and category innovation witnessed over the past few years.

According to GlobalData’s Intelligence Centre, the value of the UK rum market grew at a rate of 7.5% between 2017 and 2018, compared to the gin market which saw annual growth of 3.8%, clearly demonstrating how rum is capitalising on the slowing down of the gin market after years of growth.

Sales of rum reached over £1bn in 2018, while gin sales surpassed £1bn in 2017, which suggest that although gin is the current popular drink in the UK, rum is not far behind.

Currently, white rum is most popular but that is likely to change by the end of 2019 when spiced and flavoured rum categories become the leading product type for consumers, according to the Wine and Spirits Trading Association (WSTA).

Demand for craft spirits is driving the demand for rum, which is similar to the growth for craft beer over the past decade. In 2006, around 50 rum brands were available to the British public, compared to nearly 200 in 2019.

The resurgence in gin’s popularity was largely driven by the cocktail revival seen in the 2000s, the versatility of the spirit within those cocktails and the rise of small-scale distilleries.

By comparison, rum is expected to face a greater challenge in gaining widespread popularity due to its higher cost, the greater difficulty in producing varieties and the longer ageing periods needed.

However, innovation is helping to capture new adherents. For example, Guadeloupe-based rum distillery Damoiseau uses fresh slices of tropical fruit to flavour their rum, while Manchester-based Diablesse uses traditional pot and column distillation methods to produce a more authentic taste, two key sensory trends amongst consumers. These shifts are helping to reposition rum from a cheap party drink or sailor’s favourite to a premium luxury spirit.