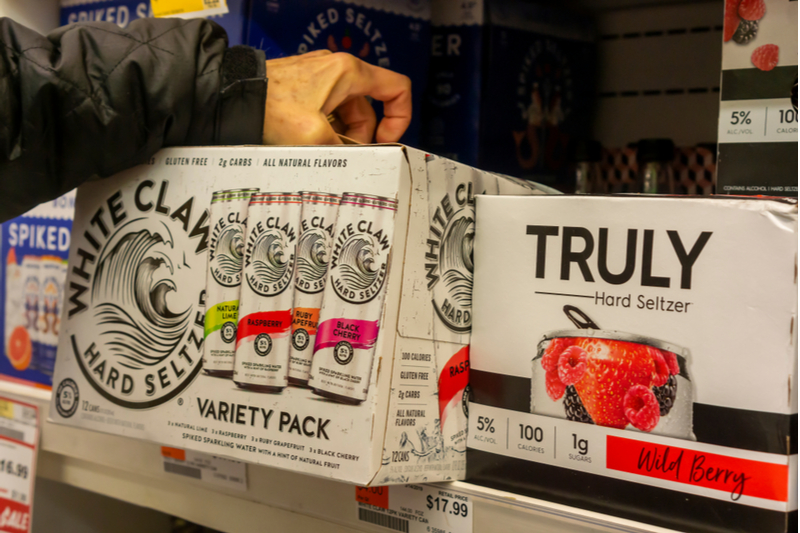 Hard seltzers are gaining popularity as the healthy tipple choice.

GlobalData recently pointed out that hard seltzers are becoming a new trend in the US.

Hard seltzers, also known as alcoholic waters, have been inspired by the growth in popularity of flavoured waters. The seltzers are usually low in sugar, and rated around 100 calories, compared to ‘normal’ cocktails and beers.

These ‘healthier’ attributes appeal in the USA, as indicated by GlobalData’s  Q3 2018 consumer survey. This suggested that when choosing alcoholic beverages 66% of Millennial consumers in the US are influenced by how a product impacts their health.

Hard seltzers are a fertile innovation ground, with many flavors and varying alcohol strengths.

White Claw Hard Seltzer has five flavours, while the Truly brand has over 10 flavors based on citrus, berry or tropical fruit. Interestingly, both White Claw and Bon & Viv also released unflavoured versions, allowing customers to drink them ‘straight’ or add their own flavor twist.

Anheuser-Busch InBev’s Bon & Viv aired its TV ad during Super Bowl LIII and this wide reaching promotion also helped to raise the recognition of the drink.

In September, the world’s first hard seltzer festival will be held in Denver, Colorado, begging the question of whether their popularity will become a global trend.

The signs are encouraging

Coca-Cola has already had a successful entry into FABs (flavoured alcoholic beverages) in Japan with the Lemon-do brand which has a composition similar to a hard seltzer.