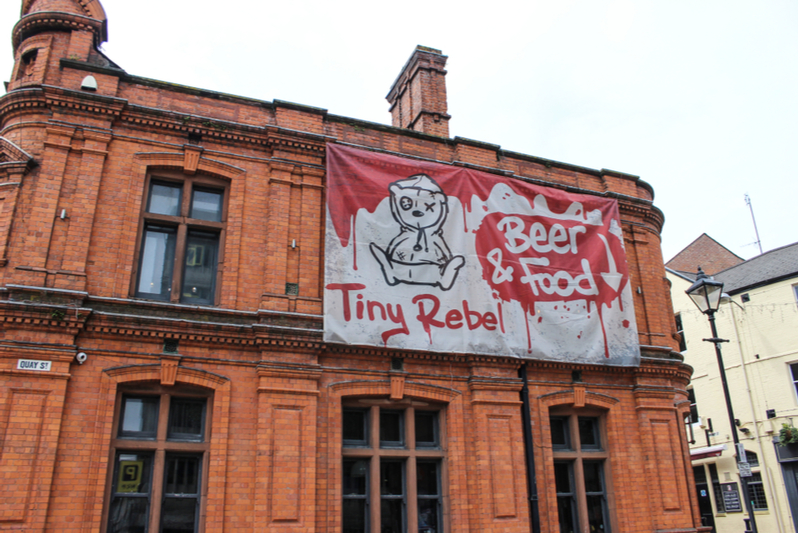 Tiny Rebel says it has chosen "to decline the Portman Group’s request this time around”.

The craft beer company Tiny Rebel has been under scrutiny this week in the UK with The Portman Group, the drinks regulatory body, expressing concern about a teddy bear logo on the packaging of the manufacturer’s award-winning Welsh red ale ‘Cwtch’.

This followed a complaint from a member of the public who said the beverage looked more like a fizzy drink than a beer. The design is criticised for seeming to appeal to under-18-year-olds and potentially promoting underage drinking.

Underage drinking recently registered a fall in prevalence in the UK.

This is the second complaint received by The Portman Group in two years for a Tiny Rebel product. In 2017, Cwtch was redesigned following a breach of packaging design regarding a lack of clear communication that the drink was alcoholic.

This raises an important question: Is The Portman Group being unnecessarily harsh toward a company that prides itself on its artistic designs, or is Tiny Rebel bending regulatory laws to breaking point, by attracting underage consumers?

The Portman Group has suggested that Tiny Rebel reposition the teddy bear to the side or back of the pack. The bear, however, is widely associated with the brand as its trademark symbol. As such, isolating the image from the brand could affect brand recognition and impact sales.

Tiny Rebel says it has chosen “to decline the Portman Group’s request this time around”, arguing that changing the positioning of the bear would result in a brightly, multi-coloured bottle with a Welsh inscription urging to be cuddled. The overall appeal and hence target audience would not change massively, so Tiny Rebel is asking: what is the point?

This isn’t the first time a craft brewery has pushed back either.
Brewdog-owned, Dead Pony Club, packaging was officially banned in 2014 following a breach of packaging codes. Brewdog responded in comedic outrage, stating ‘’Maybe they should try and catch up with the rest of the world instead of insulting the intelligence of consumers with such a thin veneer of impartiality’’.

More recently, Brewdog’s Pink IPA was criticised for the text ‘beer for girls’ appearing on the packaging of a gender inequality driven product. Unsurprisingly, Brewdog responded with ‘’We’re as bothered about this Portman Group ruling as we are any other – that is, not at all.”

Flying Dog Brewery’s Easy IPA was hit with a retailer alert bulletin last year urging retailers to withdraw the beer from their stores after ignoring the ruling that it encouraged immoderate consumption.

Tiny Rebel’s decision to ignore Portman Group “this time around” with Cwtch represents a huge risk for the beer brewer, one they are hoping will pay dividends with the drinking public.