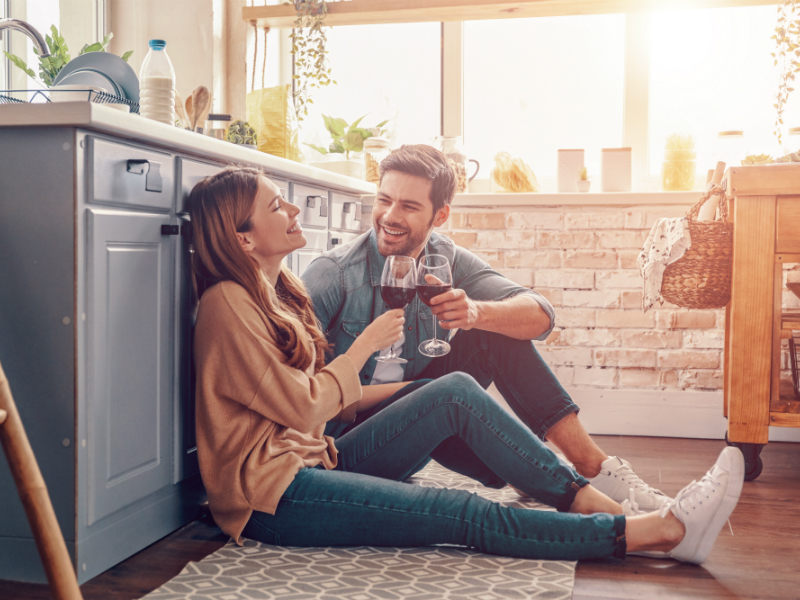 This new trend is exposing the fact that people may go to pubs, bars and restaurants more for the booze than for the socialising. Credit: G-Stock Studio / Shutterstock.

Once you’ve stocked up on toilet paper, hand soap and tinned food, what’s next?

On both sides of the Atlantic, liquor stores and off-licences alike are reporting a surge in sales, with shoppers’ panic-buying rampage having burned through the hygiene aisle and onto the booze aisle.

So why is it that after stockpiling all they need to protect their immune systems in the form of sanitiser and soap, consumers have moved on to hoarding this immune-system-compromising, luxury indulgence? The argument surrounding exactly what has driven this spike is interesting. A simple answer would be that pubs, restaurants and bars are closing – places people usually drink – and this new trend is exposing the fact that people may go to there more for the booze than for the socialising.

Some have cited anxiety, and it’s easy to see why. People’s nerves are inevitably shaken by health crises, so the notion that people just need a drink to stay calm certainly has merit too. But this burst in sales didn’t happen alongside that of toilet paper and hand soap, but afterwards.

Ultimately, one could argue that consumers are simply moving up the needs list, having met the basic physical needs such as shelter, food and sanitation, they have moved onto social and emotional requirements, requirements that can only be met once the basics are in place.

As the quarantine persists and expands, it would be reasonable to assume that as people secure more of their needs, they will move further up the list, away from food and sanitation and onto things that are ‘essentials’ in a different way. One New York-based shop owner claimed to have had the busiest weekend ever, beating both New Year’s Eve and Halloween. The most popular items being crates of lager and bottles of cheap wine.

Flatmates and families alike will need to make their extended time together enjoyable, so is it any surprise that a spike in booze sales came after toilet roll and painkillers and, instead, has coincided with a spike in streaming subscriptions, junk food and gaming downloads?

Working on the assumption that people aren’t drinking their newly hoarded booze as quickly as they’re buying it, the sales should plateau at some point. The question for retailers now is ‘What’s next?’.

Candidates for the next Covid-19 sales boost could include self-help books, mindfulness apps and art supplies as people move further up the list, away from the basics and towards more creative, more personal outlets.