According to GlobalData’s consumer survey, it is clearly highlighted that drinkers actively seek specific factors and associate these with the craft movement, which is currently under scrutiny. It is important to mention that ‘authenticity’ is the top aspect, with nearly two-fifths (38%) of global consumers associating this credential with craft.

It has also become apparent that consumers have developed a thirst for localism and genuineness. These preferences are specific to independently-brewed beer/ale, therefore restoring consumer confidence. Indeed, ‘locally made’ and ‘made by small independent producer’ are both influential aspects, amounting to 36% and 30% respectively. 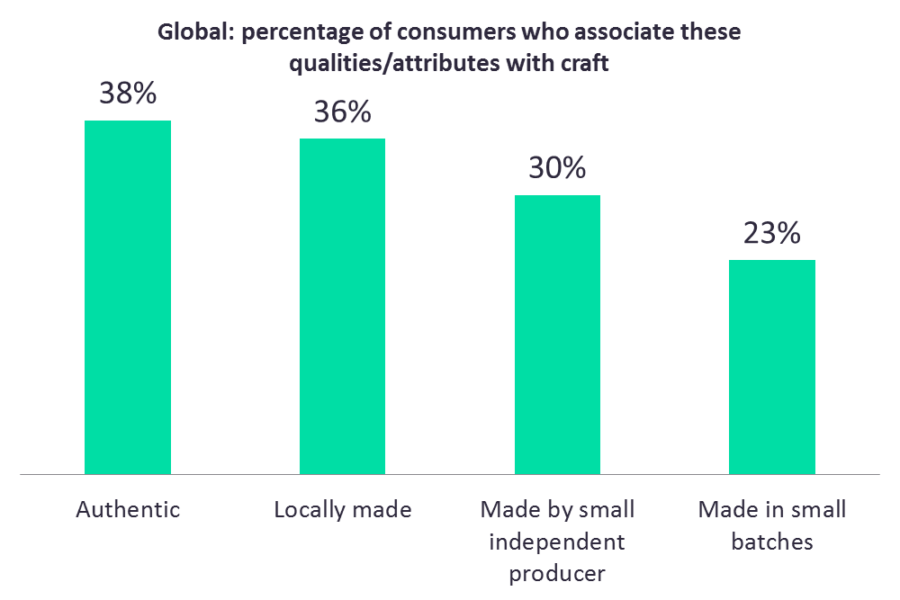 These significant results suggest that consumers are concerned with how the craft movement has developed – especially given that independently-crafted beers have come under threat. Big beer brands have attempted to capitalize on this trend by investing considerable funds in mergers and acquisitions. Consequently, the market is experiencing information failure; there is confusion around the ‘true’ definition of ‘craft’ and the message has become diluted.

It is imperative that independent breweries act quickly within the FMCG space and help restore faith in craft offerings. Relaxed labelling standards and ‘big beer brand’ campaigns reveal barriers, albeit brands can begin with aligning product formulation with consumers’ preferences. Some independent brands have taken it upon themselves to rebel against larger corporations and deliver what consumers seek: ‘true authenticity’.

Brewdog, the UK’s leading craft brewer, attempts to address these growing concerns and educate drinkers. Dressed in slogans such as “In hops we trust” and “This is the revolution – so help me Dog”, Brewdog continues to rebel and has grown successful off their own self-proclaimed authenticity. As stated by the brewery’s founders James Watt and Martin Dickie in a Guardian article from 2016, their beverages continue to “challenge” conventions.