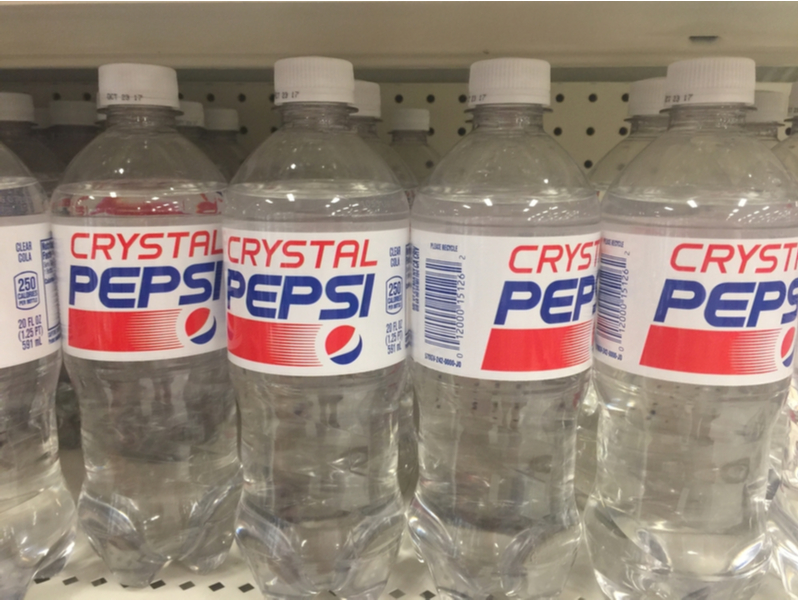 Clear colas are nothing new. Pepsi Crystal was an early attempt.

Clear cola might be an interesting trend, but if its health benefits are not explored properly, it will have a short life.

This year, the French beverages market saw the introduction of two private label clear colas, with no colorants. The first was a launch of Jean’s clear cola by Leclerc and the second was U Cola by Systeme U.

Clear cola is considered slightly healthier than its artificially-colored counterpart. This is due to the lack of the caramel colorant. It is also thought to have a lower amount of sugar.

The trend is reminiscent of the introduction of a transparent Coca-Cola with a dash of lemon last year and a new clear Coca-Cola lime this summer, both in Japan. For now, however, the drink has not expanded outside the Japanese borders.

Clear cola has been here before

The idea of a transparent cola is certainly not new. However, for it to stay, the product’s purpose needs to be clearly defined and understood by consumers.

For instance, the Pepsi Crystal beverage from 1990s was clear but did not have the right taste. Inevitably it disappeared from the shelves. This shows that their clear cola was arguably not marketed properly. It did not promote the health benefits of consuming drinks without added colorants.

Consumers this year seem to gravitate towards healthier, more natural beverages. Therefore the launch of a clear cola is expected to partly answer their demand. However, learning from the mistakes of the past and creating the ideal environment for the popularity of the clear cola to grow is essential.

For now, however, neither of the French drinks promotes healthiness and any benefits are just assumed. The beverage might just produce a bit of confusion when placed along with the rest of the cola drinks. The difference in color is obvious, but the mention that it contains less artificial ingredients is not visible enough on the label. Not a lot of publicity was organised around the product either, it being private label. This means that consumers might not know exactly what to expect from the transparent soft drink.

The private label products launched in France recently are interesting. However, it is not too easy to predict the success of a clear cola. This is because consumers often torn between natural and indulgent products. It will be interesting to see if the trend expands to other European countries. In the meantime, consumers elsewhere can only choose between the classical dark cola drink or a non-cola fruity alternative.