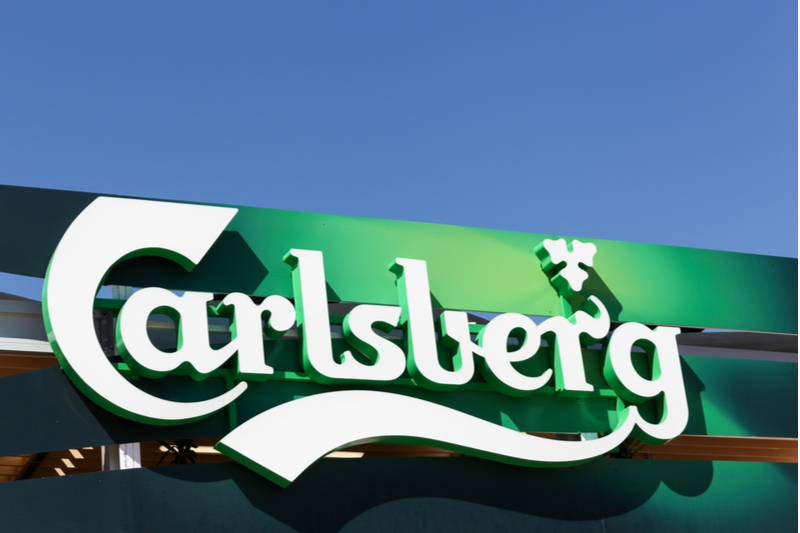 Carlsberg sponsored Liverpool FC between 1992 and 2010.

Football is big business, and beer is also big business. So why aren’t there more football club beers?

With the two so often going hand in hand (for supporters at least), it’s interesting to note how few football clubs have launched their own beers.

A recent piece explored the current trend surrounding celebrity endorsed booze launches. This has picked up massively in recent years. Iron Maiden’s Trooper is an example of a high profile band launching their own beer. Others have followed suit. Similarly, Diageo-owned Haig Club Whisky was endorsed by former England football star David Beckham.

Why then, outside of a few small scale launches such as Huddersfield’s Hat Trick IPA, have so few clubs cashed in? Football is a money-hungry business, and new income is ever more important as transfer prices continue to rise.

One possible reason for this is the prospect of big money sponsorships from the big breweries. Liverpool FC was famously shirt-sponsored by Carlsberg between 1992 and 2010. For a time the two brands were almost synonymous. This even led to a 2017 one-off beer sold by Carlsberg, with the brewery claiming that the hops were grown to the sound of Liverpool games.

These sponsorships are worth large sums of money to football clubs. However, the idea of a club owned beer as a direct competitor to a sponsor’s beer is unlikely to be well received by breweries. Furthermore, there are few breweries financially able to sponsor the big football clubs. So this should not be a problem.

Health concerns may be an issue

Another possibility is health concerns. Football is a sport, and clubs often promote physical fitness to supporters. Launching a beer might contradict this idea, leading to questions of why brands are encouraging fans to consume more alcohol.

However, this is less convincing, as minor football club beers have been launched previously. Also there have been major sponsorships from breweries, though these appear to be becoming rarer. Serving pies at half time is also not likely to play well into a health-focused angle.

Without a truly compelling reason not to launch their own beer brands, we can expect football clubs to pick up on this trend. Merchandise is an important revenue stream. Therefore a well-launched beer line would further invest fans, both domestic and international.